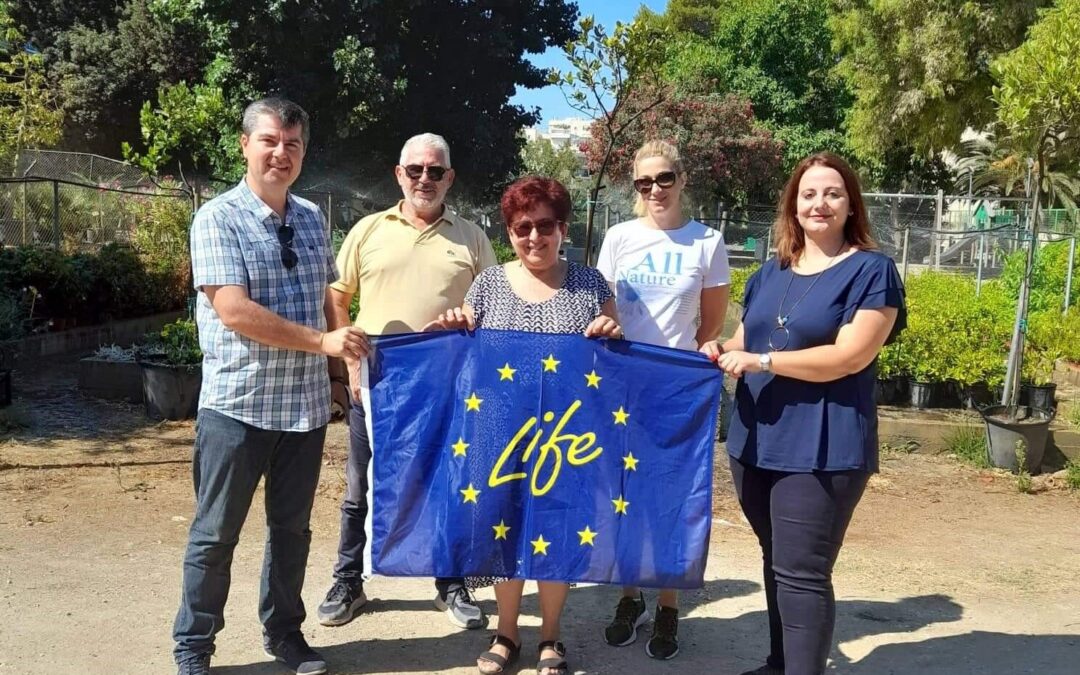 On 29/7/2022, a working meeting was held between executives of the Green Department of the Municipality of Heraklion and Researchers of the Institute of Mediterranean Forest Ecosystems (IMFE) of ELGO DIMITRA in the context of the implementation of the project LIFE GrIn – LIFE 17 GIC/GR/000029, entitled: Promoting urban integration of GReen INfrastructure to improve climate governance in cities (LIFE GrIn) co-financed by the European Union. The meeting took place following an on-site visit to the green areas of the Municipality where project actions have been implemented or they are to be implemented.

The IMFE Researchers, Dr. A. Solomou and Dr. N. Proutsos carried out measurements of micro-meteorological and hydrological parameters in a municipal area of the Southern Section of the Erythraia stream where a New Park is to be immediately created by the Municipality of Heraklion. The meeting was attended on behalf of the Municipality of Heraklion, Deputy Superior of the Department of Environment, Rural Development and Trade, Ms. Erofili Fragouli (Forester and Coordinator of the project team of the Municipality of Heraklion for the LIFE GrIn project), Mr. Emmanouil Paraskevas, Agronomist Technologist and Ms. Eleni Koukoulaki, Agronomist, members of the project team. The executives of the two Agencies had the opportunity to exchange opinions and discuss proposals regarding the implementation of the project’s actions in Heraklion.