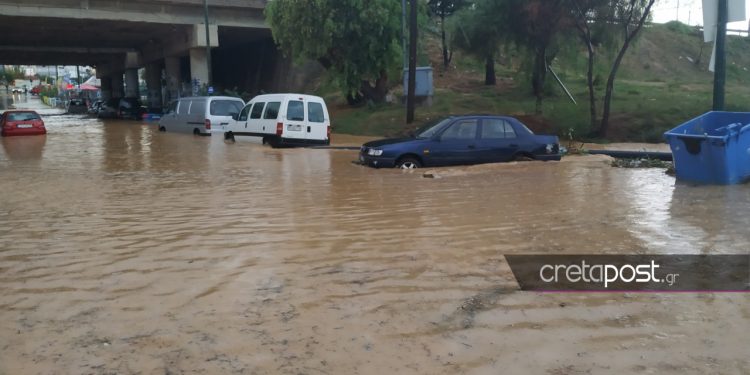 During the month of October and the first ten days of November 2020, increased rainfall, of particularly high intensity, was recorded in the area of ​​Heraklion, Crete, resulting flooding. The LIFE GrIn project team collected and processed the corresponding meteorological data, in order to study these particular conditions. The data were obtained from the Meteorological Station, which is located in the area of ​​Eritrea Stream. The station was installed in the frame of the project, by the Institute of Mediterranean Forest Ecosystems of ELGO DIMITRA, in 2019.

The results showed that the rainfall in October was 2.8 times higher than the climate average of the month, while only for the first ten days of November, it was 2.5 times higher.

Regarding the intensity, a significant information is that the main volume of the precipitation, both in October and November 2020, was recorded in only two days.

You can watch live the meteorological data of the Municipality of Heraklion here.